Waterhall Joinery proposed making the doors in oak and leaving them in a natural finish and provided photos of doors we had previously made in this style.  Angela agreed that this would fit in with the character of the house, and liked the natural look of the doors.

When making Ledged and Braced doors in oak we prefer to use random board widths as this adds to the rustic style and breaks away from the uniformity of more commercially made doors.   The wider boards also display the grain pattern better.

Martyn and Mat were set the task of converting the 45 random width rough sawn boards into 9 impressive doors.   This involved many hours at the saw, planer and thicknesser.  The time consuming and repetitive nature of making several duplicate items at once is hard work, but seeing the doors hung and fully oiled is hugely rewarding and they really transformed the character of the first floor.

With all 9 bespoke oak doors in place, both Angela and her husband were amazed at the difference the doors made to their home.  The oak gives a warm feel to the house and the beauty of this wood is showcased magnificently against the white walls.

If you would be interested in similar doors,  please do not hesitate to contact us to discuss further. 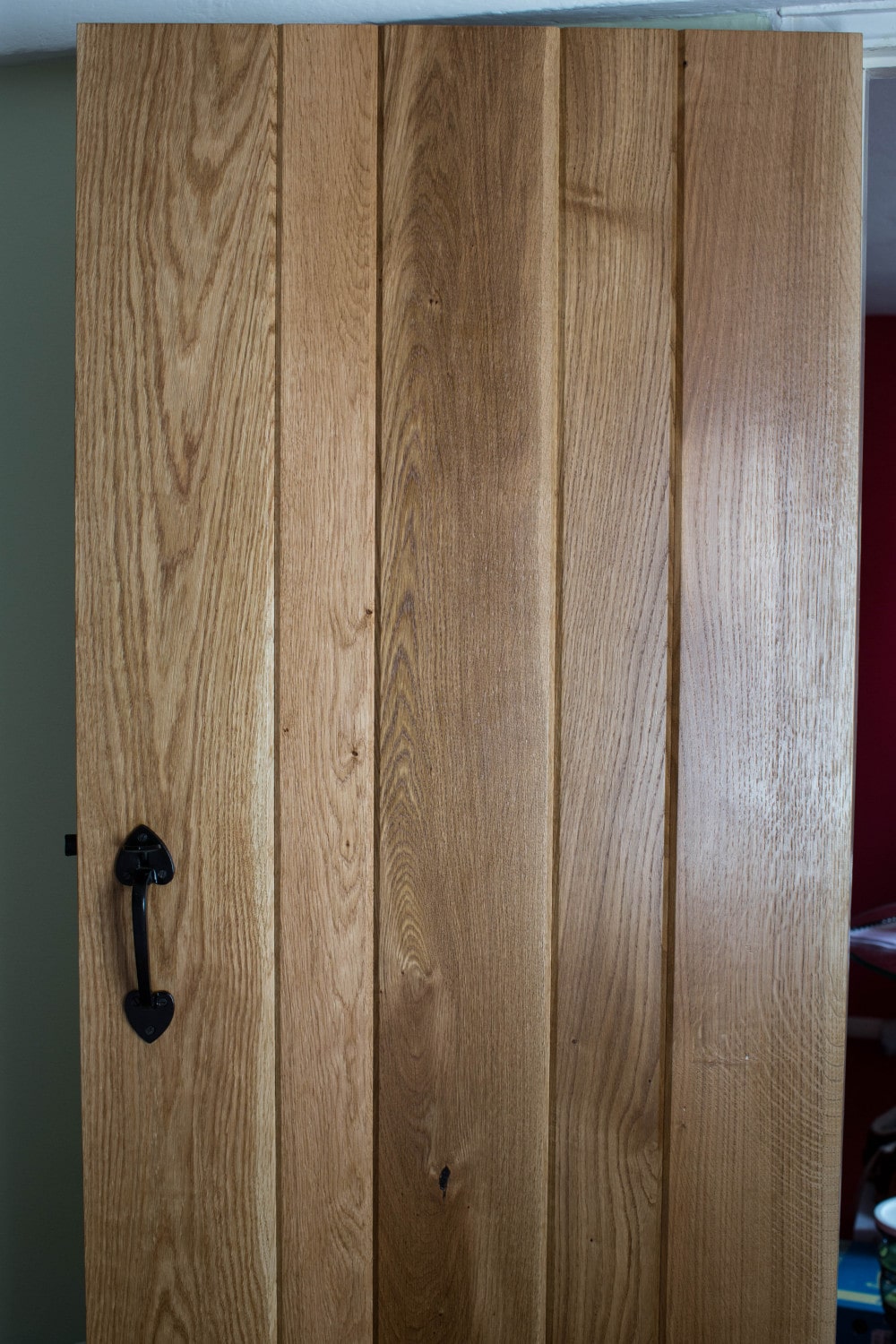 Oak Ledged and Braced door made to measure