Another interesting project that we have recently completed was 4 sets of solid oak internal window shutters.

Warren and his family own an old farm cottage and have asked Waterhall Joinery to carry out work as and when needed over the last couple of years. Warren who owns and runs the highly recommended Honey Tree Surgeons Ltd, appreciates the value of using and promoting local business.

Initially we had been involved in carrying out sympathetic repairs to his ageing windows and replacing with accurate copies where required, as Warren was keen to retain the original feature and character of the cottage.

Rather than curtains or blinds, they had decided that the bedrooms and lounge would benefit from internal wooden shutters to shut out the light and prevent draughts. Also to create a cosy lounge environment in the winter months as their log burner flickered away.

They were keen to use oak which was reflected elsewhere in the old beams of the house, internal doors and furniture. It was also decided to mirror the internal cottage doors and make the window shutters Panelled and Ledged.

The hinges were natural finish cast iron, the metallic grey black was repeated elsewhere in the cottage in original features and whilst the non-uniform shape of the rough cast hinges meant every hinge was different and had to be cut in by hand, it’s small details such as this that meant the shutters looked natural in their new home.

The shutters were finished off with an oak swivel peg to keep them closed and two coats of OSMO oil to really bring out the contrasts in the grain of the beautiful oak and protect them.

The clients were delighted with their shutters, which they say have received many great compliments from visitors.

If this inspires you to consider shutters for your home, contact us at waterhalljoineryltd@gmail.com. 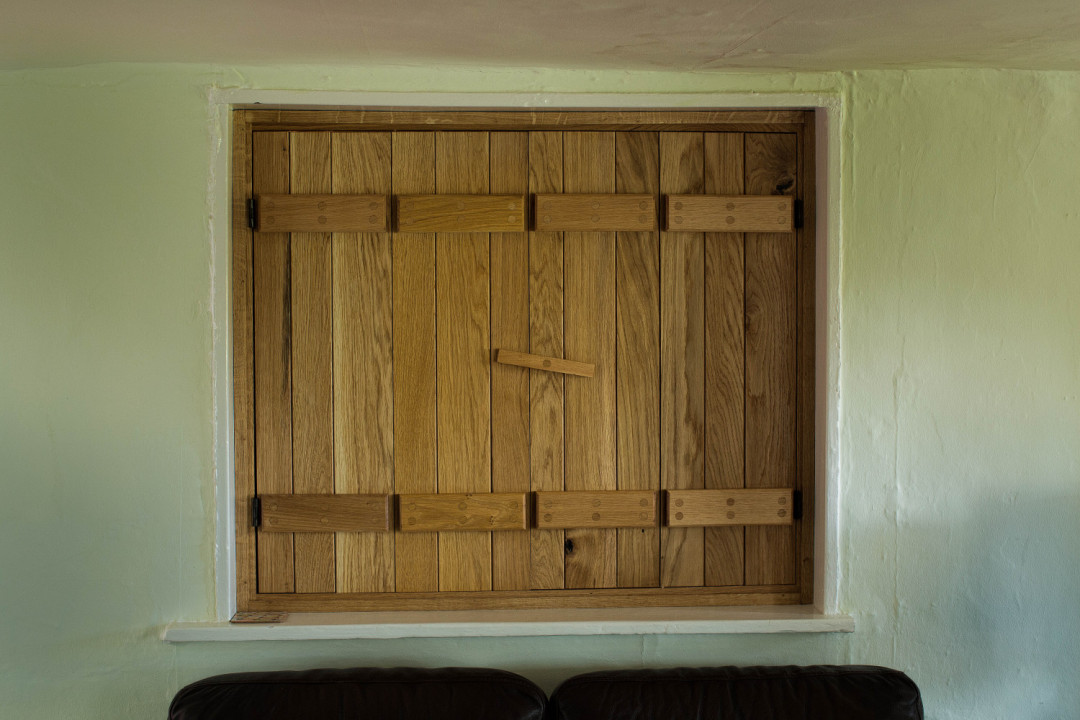 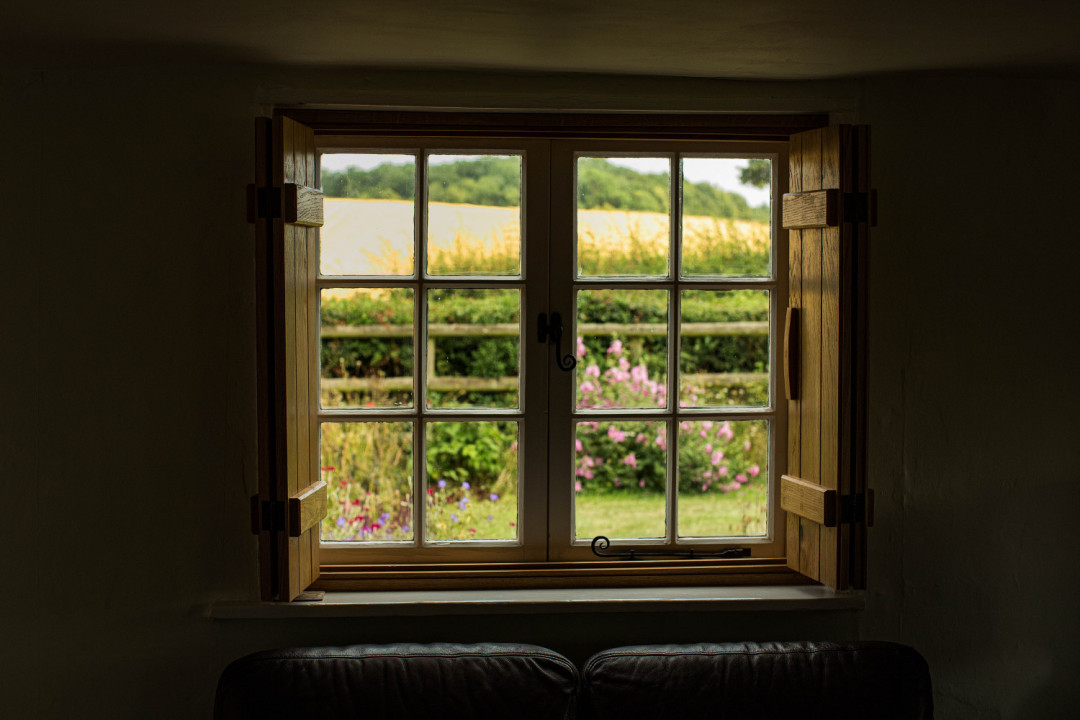 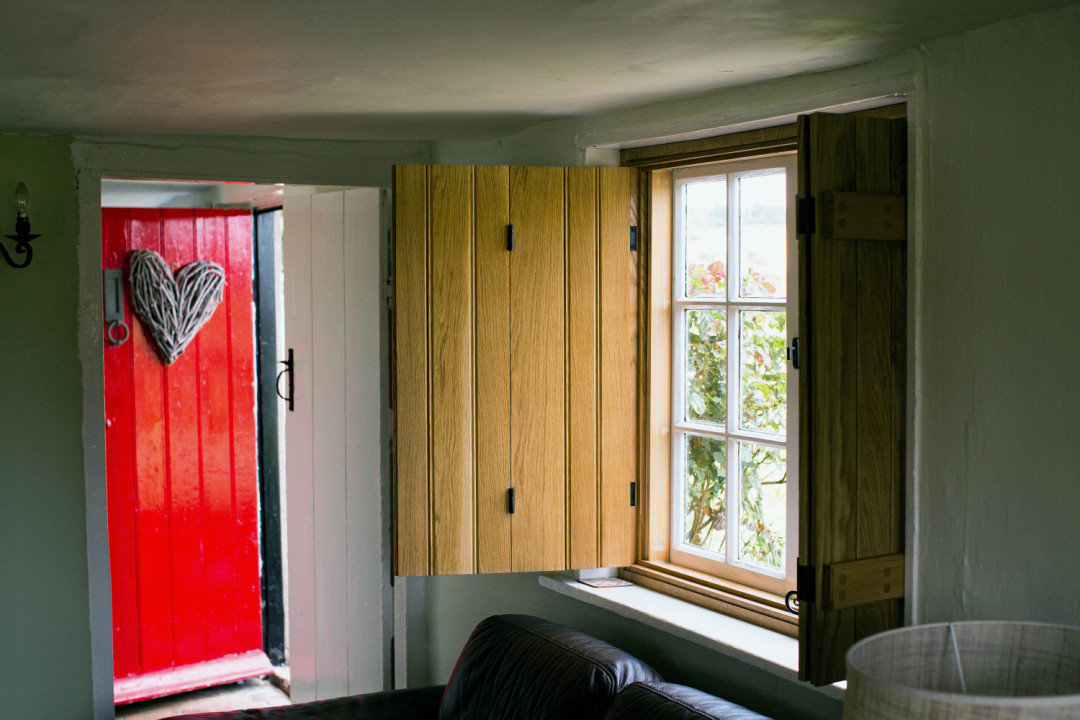