I need these shoes!

You can never have enough shoes – so it would seem.  But with each new pair of shoes comes the problem of storage.  Waterhall Joinery were called in to make much needed shoe storage cabinets, to house a variety of shoes of all shapes, colours and designs!

Our client had run out of  space for her impressive collection of shoes, so put her mind to thinking of a space she could utilise for her ever growing collection.   She decided on converting an old cupboard along her landing.  The existing cupboard enclosed an area of the landing corridor and had plain white egg box doors, which were tired and stood out against the Oak internal doors we had fitted in her house a few months earlier (Bespoke Oak Doors)

Waterhall Joinery were given the brief to create a shoe storage cabinet maximising available space with compartments for shoes and boots, plus a hanging area at one end.  The doors were to be the same style as the internal doors (Oak ledged and braced) we had previously made, to tie the whole first floor together.

The area had pipework from bathrooms running along the floor to knee height, a boiler flu running from top to bottom at one end and a sloping ceiling which made it an incredibly awkward space, and the original cupboard failed to optimise its potential.

Our first job was to rip out the original cupboard to see what space we had to work with and to reveal any pitfalls.  The design and construction discussion between Toby and Martyn took time and a couple of re-visits, as the carcasses were to be pre-assembled in the workshop, so we had to get it right.

The carcasses were made from Melamine faced MDF and were fronted with a chunky solid oak frame.  A shallow lower carcass sat in front of the pipework, and the upper carcasses sat tight to the sloping ceiling and the far right carcass wrapped round the boiler flu.  This ensured we could utilise as much of the area as possible.

To continue with the style of the internal doors, the oak ledged and braced cabinet doors were hung with antique black t-hinges and finished with OSMO oil.

When you are working on a project like this, you can see the furniture taking shape as construction starts, the colour of the wood once treated starting to show how the end piece will look, but it’s not until completion that you can appreciate what you have achieved.  We were absolutely delighted with the end result, as we had not only transformed an old cupboard, but we had now converted the whole style of the landing area into a featured space of doors and compartments that stood out in their own right.  When the client came up the stairs to see the end result, the smile on her face said it all. 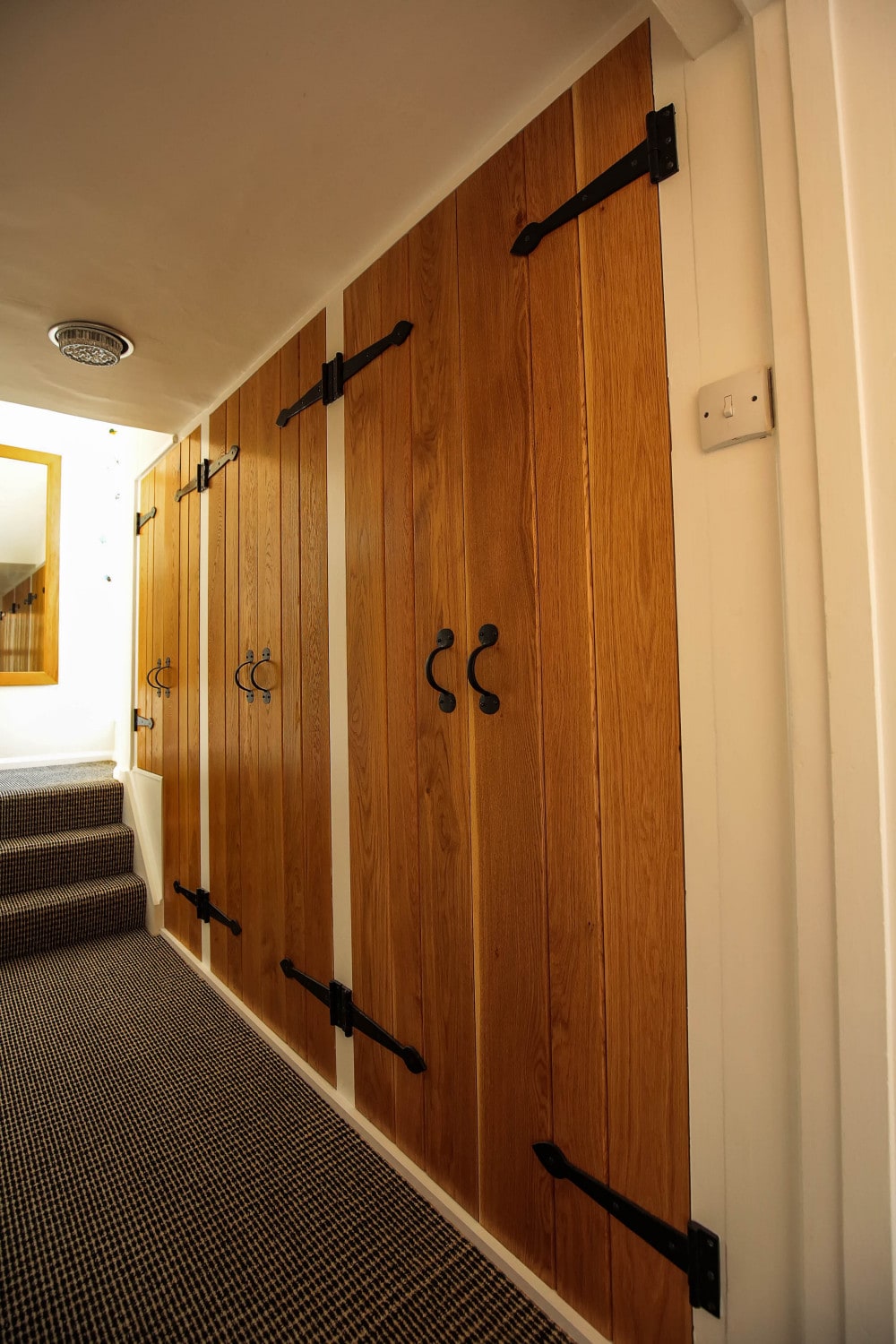 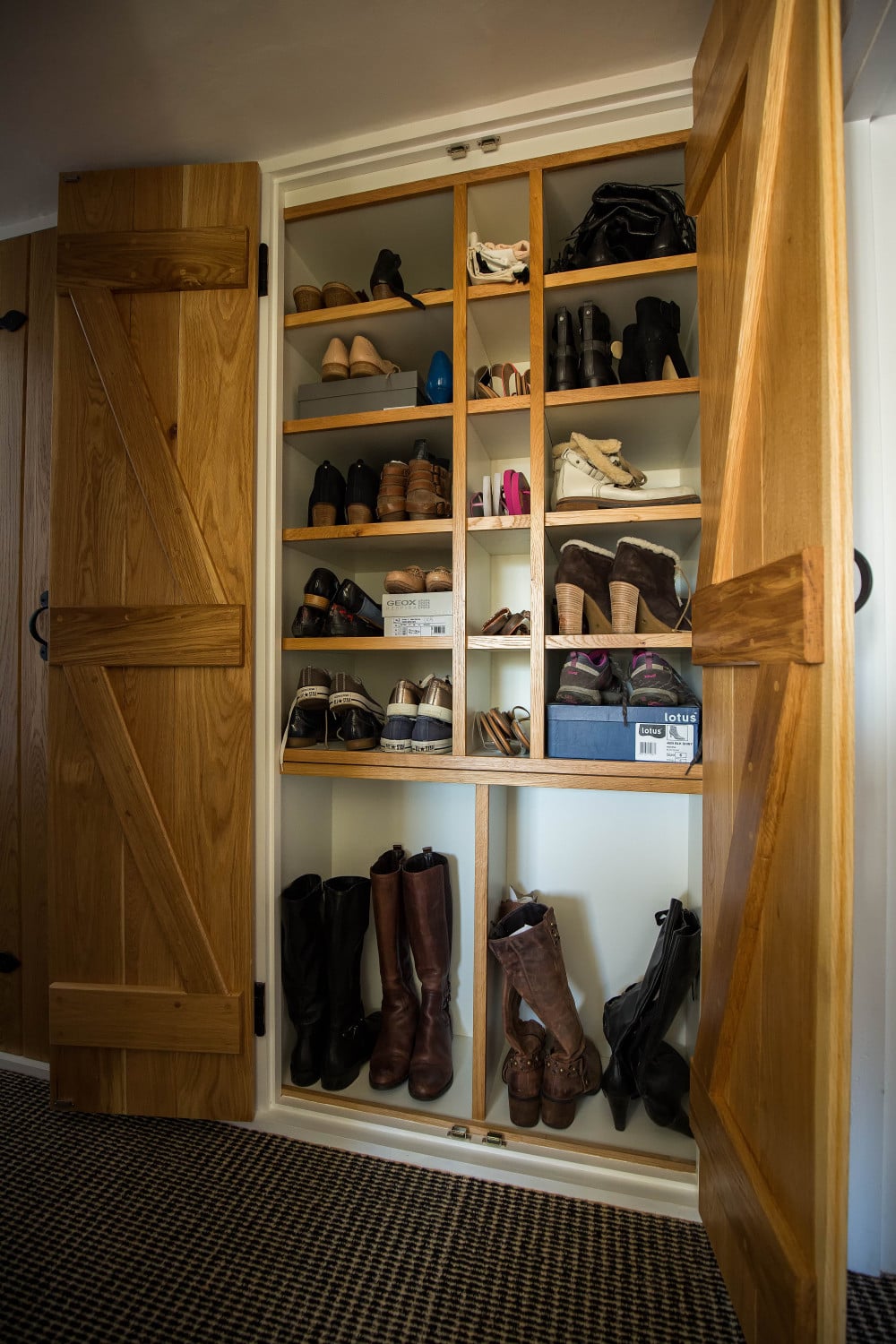