Waterhall Joinery were recently re-acquantied with one of our original clients.  Mr and Mrs Roberts of Berkhamsted hired us 4 years ago to manufacture them a glazed oak front door, which needed to be in keeping with the period of their property.

On this occasion they had decided on a bespoke kitchen and wanted Waterhall Joinery to discover a balance between the original style of the property and a more updated kitchen.

Although the house only dates to the early 1900’s, there is a lot of revealed oak beams and also all the downstair doors to both rooms and cupboards are oak ledged and braced, in a very rustic style.

The brief was simple, we were to use oak and to try and tie in with the style of the original doors.

Wall carcasses were made from 18mm Melamine faced MDF in an oak finish.  The carcass components were fitted together using the Rafix connection system which allowed us to flat pack the carcasses and re-assemble with the simple tightening of the connectors.  This was the first time we had used this system, the ability to assemble and disassemble quickly with no derogatory effect to structural strength was priceless and we will continue to use this system.

We decided on, not for the first time this year, random board width ledged and braced doors.  On this occasion, we decided against any reeding or V grooves on the panel edges and to keep it very minimal by just sanding the edge.  We felt that this would link in with the original doors, but also hint at the minimalist style of modern kitchen doors which tend to be very flat and un-detailed.  This also had the added effect of highlighting the beauty of the naked oak.

Once we had begun working with the European oak and got an appreciation of the grain and colour, we called Mundy Veneer as the end panels and kick-boards were to be hand veneered and we  wanted them to match the doors.  We asked for a fairly broad grained oak with contrasting darker and lighter areas, which they then sourced from their extensive warehouse.

A feature which was to be integral to the design was the wall cabinet pelmet.  It was to stretch from the top of the cupboards to the ceiling and match the black painted rustic oak beams that ran throughout the property.  This was an enjoyable part of the job, using wire wheels to pull out the soft grain, and belt sanders to give shape to what originally started as flat pine until it looked like it belonged.

The kitchen was finished off with plain black antique iron pull handles on the doors and drawers.

The over all transformation was striking, the kitchen became much lighter, larger and whole room was lifted.

The kitchen is still a work in progress as this is just the start of their upgrade.  They are now having a marble work top fitted with new sink, new tiles and flooring.  We can’t wait to return to see the end result, which shouldn’t be too long as they have other projects for us on the horizon to start on.

If you are looking for something similar for your kitchen, please do not hesitate contact us, we’d be happy to help. 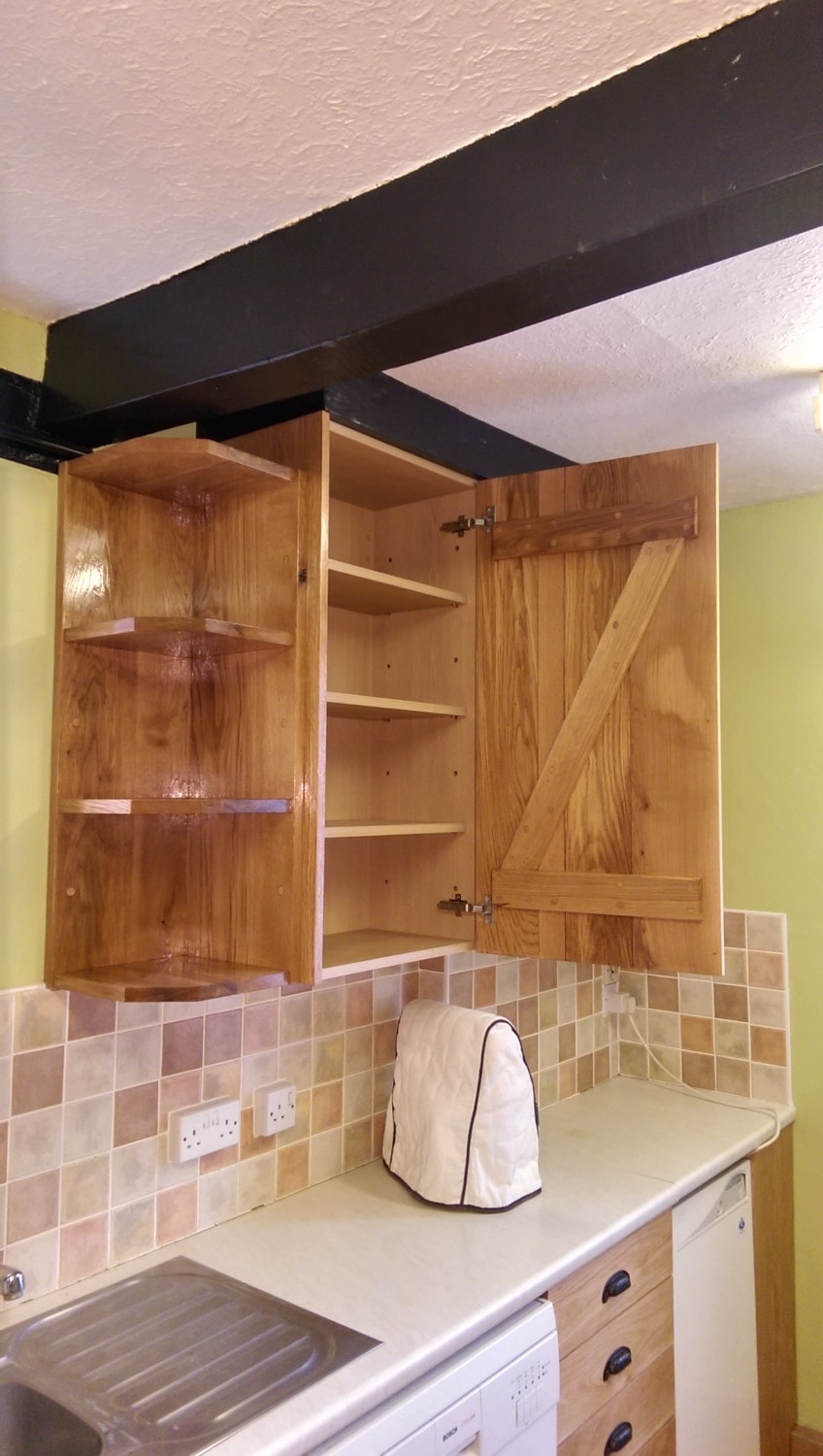 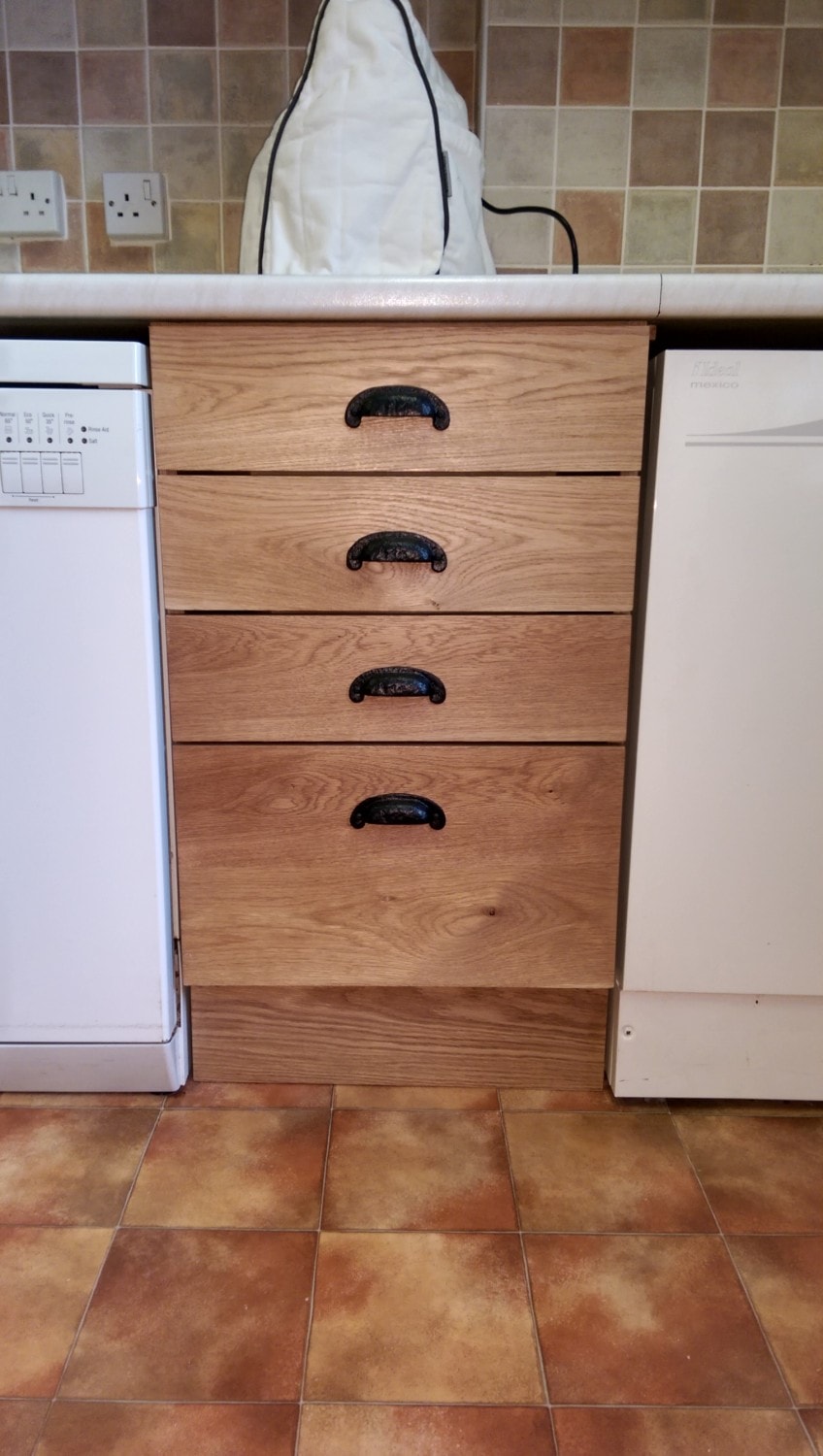